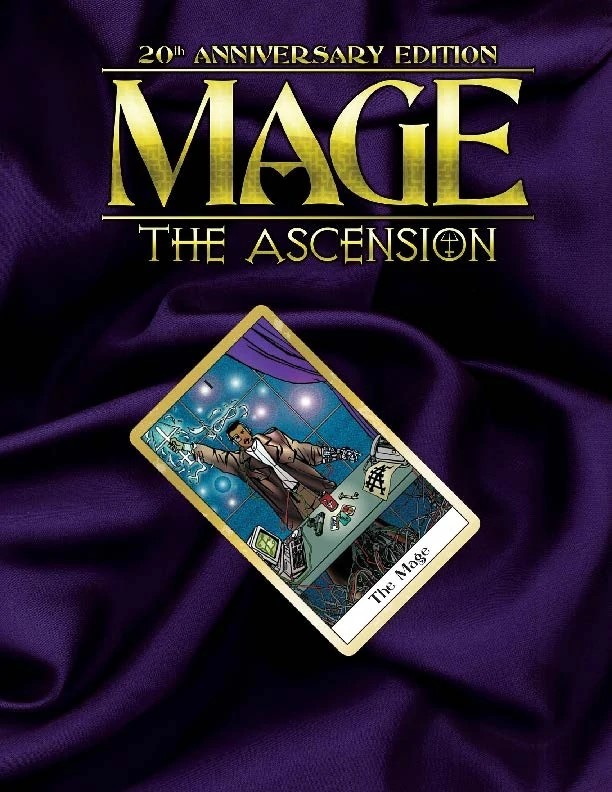 When I started writing my own scenarios for conventions, I began posting them on my website. At GenConUK, I wasn’t writing scenarios for myself; I had to write them so others could run them. The perfectionist in me would take pride in trying to make things look like the actual books. I would hunt down the correct fonts and any graphical elements I could. If at the time White Wolf published scenarios, I might have submitted some of my work. I was only interested in a handful of games back then. My shelves overflowed with the World of Darkness alongside a handful of other books, including Call of Cthulhu and Paranoia.

In 2008, on the strength of my convention scenarios, Mongoose Publishing approached me to submit some writing for their magazine, initially. Although nothing came of that, I did start working with Cubicle 7. First, as a proofreader, then editor, and finally as a writer, with a good chunk of my work on the Victoriana gameline. When my work with Cubicle 7 fell dormant, I began working with other companies as both an editor and layout artist.

During this time, Onyx Path had resurrected the classic World of Darkness with the 20th Anniversary editions. I loved the idea of finally working for them, but didn’t think that I would. And then, the opportunity presented itself! While not a writer, I am now an editor for Onyx Path. Bringing me around to the gamelines that cemented my interest in roleplaying. Meanwhile, Cubicle 7 recently announced the new edition of Victoriana, so of course, I really wanted to writer for that again. Bringing me back around to my first professional editing job.